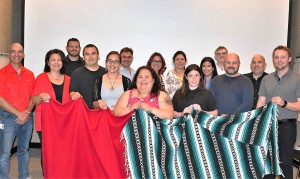 Recently, a total of 53 Rio Tinto employees, including the company’s communications and management team, participated in three separate sessions.

Haisla Cultural Awareness Training will be available to others this Fall.